Glyphs panel is used to insert punctuation, superscript & subscript characters, currency symbols, numbers, specialized characters, as well as glyphs from other languages into text in Photoshop. 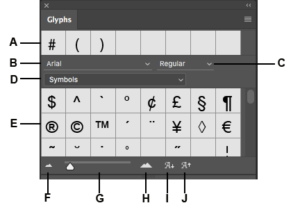 To enter a glyph in an active text layer, do the following:

To choose some amazing special characters like phone symbols choose your font as webdings or any of the versions of wingdings. 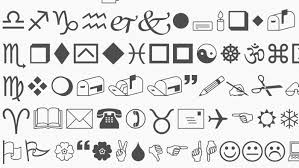