How to choose: Inheritance versus composition 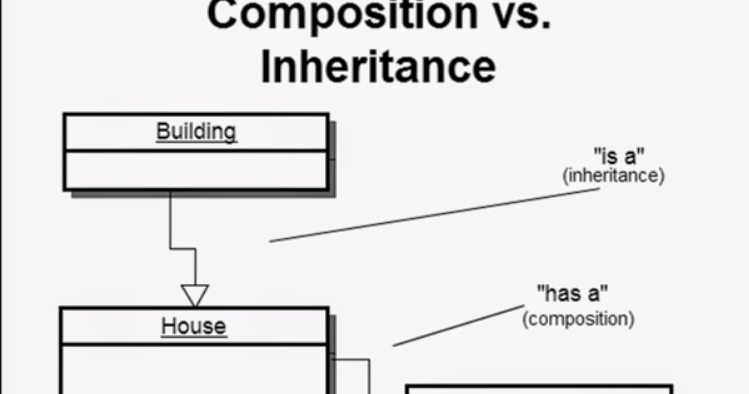 Inheritance and composition are two programming techniques developers use to establish relationships between classes and objects. Whereas inheritance derives one class from another, composition defines a class as the sum of its parts.

Because loosely coupled code offers more flexibility, many developers have learned that composition is a better technique than inheritance, but the truth is more complex. Choosing a programming tool is similar to choosing the correct kitchen tool: You wouldn’t use a butter knife to cut vegetables, and in the same way you shouldn’t choose composition for every programming scenario.

In this Java Challenger you’ll learn the difference between inheritance and composition and how to decide which is correct for your program. Next, I’ll introduce you to several important but challenging aspects of Java inheritance: method overriding, the super keyword, and type casting. Finally, you’ll test what you’ve learned by working through an inheritance example line by line to determine what the output should be.

When to use inheritance in Java

In object-oriented programming, we can use inheritance when we know there is an “is a” relationship between a child and its parent class. Some examples would be:

In each case, the child or subclass is a specialized version of the parent or superclass. Inheriting from the superclass is an example of code reuse. To better understand this relationship, take a moment to study the Car class, which inherits from Vehicle:

When you are considering using inheritance, ask yourself whether the subclass really is a more specialized version of the superclass. In this case, a car is a type of vehicle, so the inheritance relationship makes sense. [ Learn Java from beginning concepts to advanced design patterns in this comprehensive 12-part course! ]

When to use composition in Java

In object-oriented programming, we can use composition in cases where one object “has” (or is part of) another object. Some examples would be:

To better understand this type of relationship, consider the composition of a House:

In this case, we know that a house has a living room and a bedroom, so we can use the Bedroom and  LivingRoom objects in the composition of a House.

Get the source code for examples in this Java Challenger. You can run your own tests while following the examples.

Consider the following code. Is this a good example of inheritance?

In this case, the answer is no. The child class inherits many methods that it will never use, resulting in tightly coupled code that is both confusing and difficult to maintain. If you look closely, it is also clear that this code does not pass the “is a” test.

Using composition for this scenario allows the  CharacterCompositionExample class to use just two of HashSet‘s methods, without inheriting all of them. This results in simpler, less coupled code that will be easier to understand and maintain.

Inheritance examples in the JDK

The Java Development Kit is full of good examples of inheritance:

Notice that in each of these examples, the child class is a specialized version of its parent; for example, IndexOutOfBoundsException is a type of RuntimeException.

Inheritance allows us to reuse the methods and other attributes of one class in a new class, which is very convenient.  But for inheritance to really work, we also need to be able to change some of the inherited behavior within our new subclass.  For instance, we might want to specialize the sound a Cat makes:

This is an example of Java inheritance with method overriding. First, we extend the Animal class to create a new Cat class. Next, we override the Animal class’s emitSound() method to get the specific sound the Cat makes. Even though we’ve declared the class type as Animal, when we instantiate it as Cat we will get the cat’s meow.

You might remember from my last post that method overriding is an example of polymorphism, or virtual method invocation.

Does Java have multiple inheritance?

If you attempt multiple inheritance like I have below, the code won’t compile:

A solution using classes would be to inherit one-by-one:

Another solution is to replace the classes with interfaces:

When two classes are related through inheritance, the child class must be able to access every accessible field, method, or constructor of its parent class. In Java, we use the reserved word super to ensure the child class can still access its parent’s overridden method:

In this example, Character is the parent class for Moe.  Using super, we are able to access Character‘s  move() method in order to give Moe a beer.

When one class inherits from another, the superclass’s constructor always will be loaded first, before loading its subclass. In most cases, the reserved word super will be added automatically to the constructor.  However, if the superclass has a parameter in its constructor, we will have to deliberately invoke the super constructor, as shown below:

If the parent class has a constructor with at least one parameter, then we must declare the constructor in the subclass and use super to explicitly invoke the parent constructor. The super reserved word won’t be added automatically and the code won’t compile without it.  For example:

Type casting and the ClassCastException

Casting is a way of explicitly communicating to the compiler that you really do intend to convert a given type.  It’s like saying, “Hey, JVM, I know what I’m doing so please cast this class with this type.” If a class you’ve cast isn’t compatible with the class type you declared, you will get a ClassCastException.

When we try to cast an Animal instance to a Dog we get an exception. This is because the Animal doesn’t know anything about its child. It could be a cat, a bird, a lizard, etc. There is no information about the specific animal.

The problem in this case is that we’ve instantiated Animal like this:

Because we don’t have a Dog instance, it’s impossible to assign an Animal to the Dog.  If we try, we will get a ClassCastException.

In order to avoid the exception, we should instantiate the Dog like this:

then assign it to Animal:

In this case, because  we’ve extended the Animal class, the Dog instance doesn’t even need to be cast; the Animal parent class type simply accepts the assignment.

It’s possible to declare a Dog with the supertype Animal, but if we want to invoke a specific method from Dog, we will need to cast it. As an example, what if we wanted to invoke the bark() method?  The Animal supertype has no way to know exactly what animal instance we’re invoking, so we have to cast Dog manually before we can invoke the bark() method:

You can also use casting without assigning the object to a class type. This approach is handy when you don’t want to declare another variable: