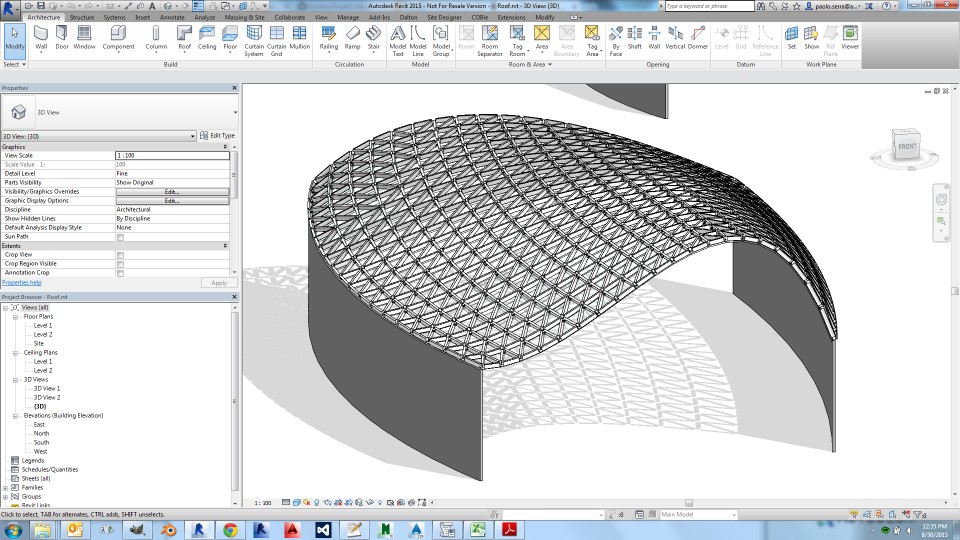 The new version (2020.2.115) of the Autodesk Steel Connections 2020 Dynamo package introduces a bunch of new Dynamo nodes and capabilities.

One of these new features allows Dynamo scripts to load preconfigured connection types from external Revit files, rather than requiring them to be present in the current project.

This capability enables multiple new workflows; for example, imagine sharing a connections library with all your peers across the engineering office, or perhaps using a shared library as a common database between engineers and fabricators, always ensuring the right connection types are used.

This provides greater automation for modeling steel connections in Revit while also saving a lot of users’ time through the reduction of tedious and repetitive work.

Let’s walk through the new Dynamo nodes that support this functionality. There are four of them, and they are grouped under the ConnectionType branch:

The first is called ConnectionType.LoadFromFile. You can use this node to get a connection type from a library (*.RVT) file, using Connection Name and Type Name as inputs.

The ConnectionType.UseCurrentOrLoadFromFile node is used to load the connection type from the source (library) file—but only if it does not already exist in the target (current) file.

You can use the ConnectionType.LoadOnDemand node to load the connection type from the source (library) file only if it does not already exist in the target (current) file and if it is used by the script to create instances of this connection type (the branch of the script where this node is used).

In addition to the nodes that load connections, there is an additional one used during script configuration. This node is called ConnectionType.ListFromFile, and it is used to get the list of connection types from a given file.

Now let’s try to build a Dynamo script that will load steel connections from a library into the current project:

Let’s look at the result in Dynamo Player: