In depth Socket programming in Java 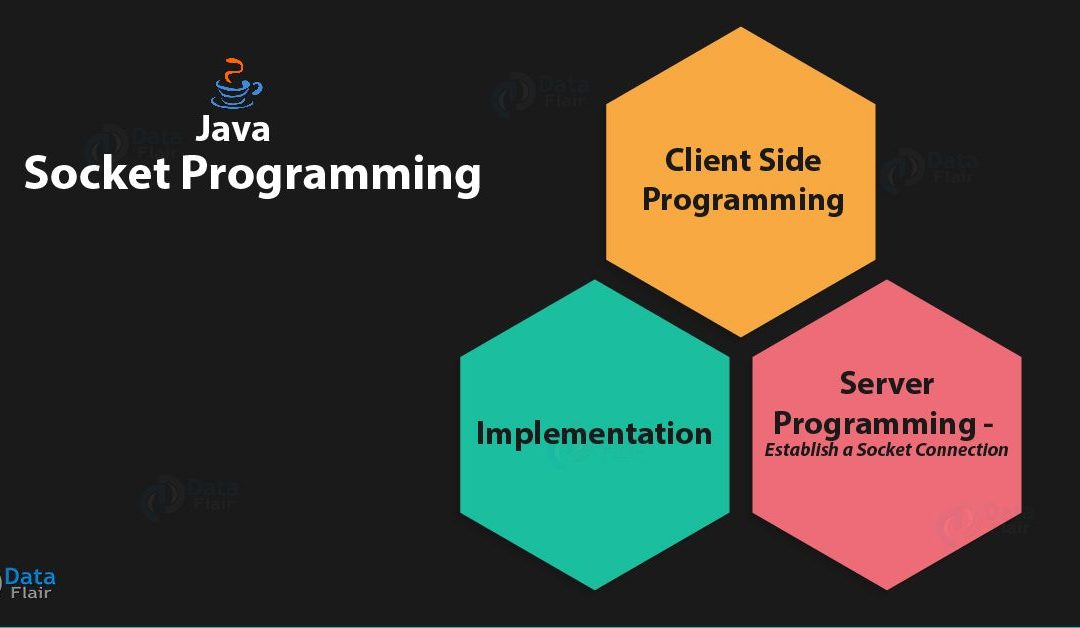 Socket programming boils down to two systems communicating with one another. Generally, network communication comes in two flavors: Transport Control Protocol (TCP) and User Datagram Protocol (UDP). TCP and UDP are used for different purposes and both have unique constraints:

To appreciate the difference between TCP and UDP, consider what would happen if you were streaming video from your favorite website and it dropped frames. Would you prefer that the client slow down your movie to receive the missing frames or would you prefer that the video continue playing? Video streaming protocols typically leverage UDP. Because TCP guarantees delivery, it is the protocol of choice for HTTP, FTP, SMTP, POP3, and so forth.

In this tutorial, I introduce you to socket programming in Java. I present a series of client-server examples that demonstrate features from the original Java I/O framework, then gradually advance to using features introduced in NIO.2.

In implementations prior to NIO, Java TCP client socket code is handled by the java.net.Socket class. The following code opens a connection to a server:

Because these are ordinary streams, the same streams that we would use to read from and write to a file, we can convert them to the form that best serves our use case. For example, we could wrap the OutputStream with a PrintStream so that we can easily write text with methods like println(). For another example, we could wrap the InputStream with a BufferedReader, via an InputStreamReader, in order to easily read text with methods like readLine().downloadDownload the source codeSource code for “Socket programming in Java: A tutorial.” Created by Steven Haines for JavaWorld.

Let’s work through a short example that executes an HTTP GET against an HTTP server. HTTP is more sophisticated than our example permits, but we can write client code to handle the simplest case: request a resource from the server and the server returns the response and closes the stream. This case requires the following steps:

Listing 1 shows the source code for this example.

Listing 1 accepts two command-line arguments: the server to connect to (assuming that we’re connecting to the server on port 80) and the resource to retrieve. It creates a Socket that points to the server and explicitly specifies port 80. It then executes the command:

When you retrieve a web page from a web server, such as www.google.com, the HTTP client uses DNS servers to find the server’s address: it starts by asking the top-level domain server for the com domain where the authoritative domain-name server is for the www.google.com. Then it asks that domain-name server for the IP address (or addresses) for www.google.com. Next, it opens a socket to that server on port 80. (Or, if you want to define a different port, you can do so by adding a colon followed by the port number, for example: :8080.) Finally, the HTTP client executes the specified HTTP method, such as GET, POST, PUT, DELETE, HEAD, or OPTI/ONS. Each method has its own syntax. As shown in the above code snips, the GET method requires a path followed by HTTP/version number and an empty line. If we wanted to add HTTP headers we could have done so before entering the new line.

In Listing 1, we retrieved an OutputStream and wrapped it in a PrintStream so that we could more easily execute our text-based commands. Our code obtained an InputStream, wrapped that in an InputStreamReader, which converted it to a Reader, and then wrapped that in a BufferedReader. We used the PrintStream to execute our GET method and then used the BufferedReader to read the response line-by-line until we received a null response, indicating that the socket had been closed.

Now execute this class and pass it the following arguments:

You should see output similar to what’s below:

This output shows a test page on JavaWorld’s website. It replied back that it speaks HTTP version 1.1 and the response is 200 OK.

We’ve covered the client side and fortunately the communication aspect of the server side is just as easy. From a simplistic perspective, the process is as follows:

As you’ll soon see, NIO’s handling of this scenario would be a bit different. For now, though, we can directly create a ServerSocket by passing it a port to listen on (more about ServerSocketFactorys in the next section):

And now we can accept incoming connections via the accept() method:

Listing 2, below, puts all of the server code so far together into a slightly more robust example that uses threads to handle multiple requests. The server shown is an echo server, meaning that it echoes back any message it receives.

While the example in Listing 2 isn’t complicated it does anticipate some of what’s coming up in the next section on NIO. Pay special attention to the amount of threading code we have to write in order to build a server that can handle multiple simultaneous requests.