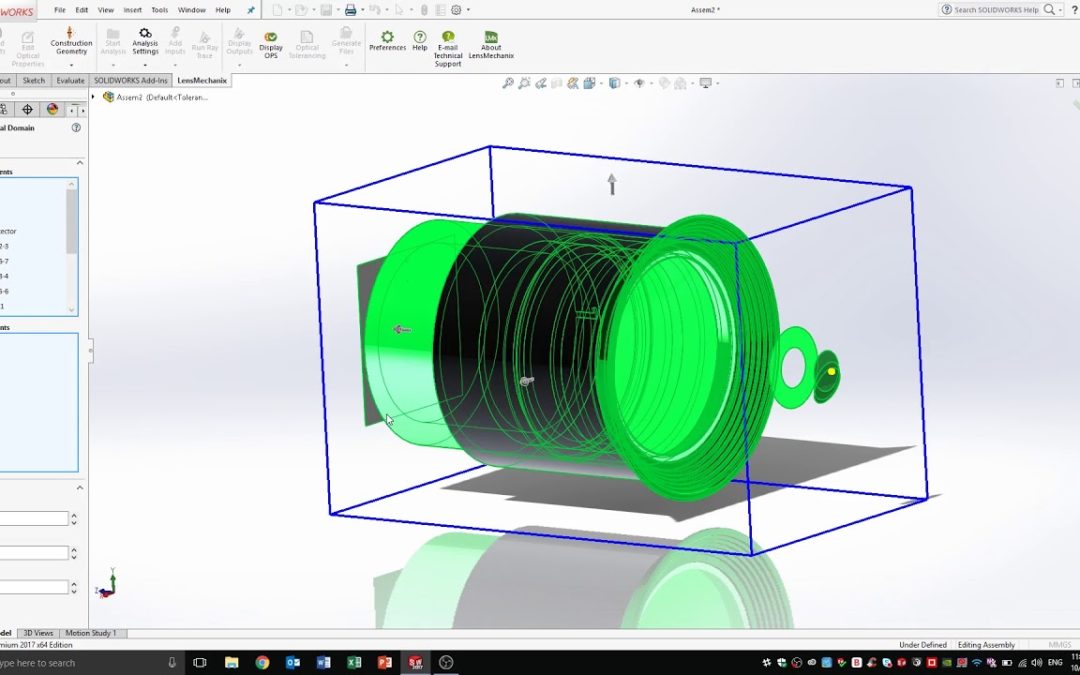 With the new version of LensMechanix for Creo, users can now identify the power incident on mechanical components to validate system performance. In addition, they can easily position the optical system within an existing mechanical assembly.

The latest version of LensMechanix helps optomechanical engineers load a wider range of OpticStudio files into LensMechanix—including files with off-axis components, such as reflective systems—and run multiple ray traces for all configurations with fewer clicks.

• Convert and load off-axis components: Now, with support of the Grid Sag component, users can load optical systems that have off-axis lenses such as some head up displays, mirrors with finite substrates, surfaces with decentered apertures, and more complex aspheric surfaces.

Updates to LensMechanix for Creo:
• Surface power: Engineers can now view the power incident on any mechanical or optical component, as well as the flux and irradiance on any specific component at different resolutions. Viewing the power loss can help determine which faces of the mechanical component are causing power loss in a system so that it’s possible to make changes to the geometry or apply more absorbent scatter profiles.

• Position with references: With the new release, when loading an OpticStudio file into Creo, optomechanical engineers can load the optical system as a floating assembly, easily dragging and positioning the optical assembly within an existing mechanical model without having to manually float or fix components. This can ensure that you designers can position the optical assembly in the correct position if they are working with an existing assembly.