PHP vs JAVA: Which is better? 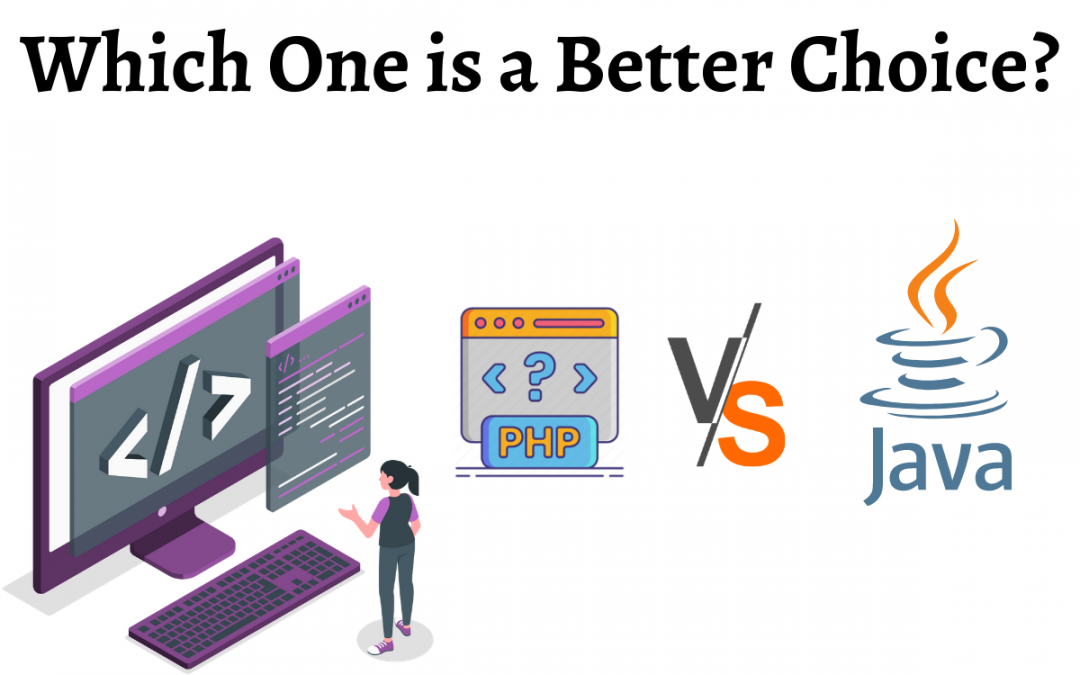 The choice of a programming language for your startup directly depends on the needs of your project, your budget and other parameters. The purpose of this article is to help aspiring entrepreneurs who want to get
involved in a small tech business or web technology but don’t know what to choose between Java and PHP.

According to the statistics, 81.25% of technology companies worldwide use PHP to create their web applications. Obviously, PHP is the most suitable
for website development.

But in fact, both Java and PHP have a wide range of advantages and disadvantages. In this article, we will identify the main differences between them and after all find out which one is better.

We’ll start with some interesting facts about PHP:

eCommerce giants like Amazon, Facebook, and Wikipedia have laid their foundation by using PHP, and until now, 80 percent of the top 10 million websites are using PHP.

From a business point of view, especially for your own startup, hiring PHP developers is cheaper than Java programmers.

Popular PHP frameworks such as Symphony and Laravel are extremely powerful and speed up the process of developing web applications.

Currently, 224 million websites have been developed using PHP that makes PHP one of the most popular programming languages in web development.

Simply stated, PHP was created for the web. All major eCommerce platforms like Shopify, Opencart, WooCommerce, Magento, Drupal and Joomla have been developed using PHP. Only Magento and WooCommerce account for over 1/3 of the eCommerce market.

Without a doubt, you would prefer PHP for your startup after knowing this information.

PHP and Java in comparison: which one to choose?

On the other hand, Java is a client-side language that is more flexible for using desktop applications along with a server-side language.

Java is an object-oriented high-level programming language that is compiled into bytecode and runs on the JVM.

PHP is an interpreted language that is compiled into bytecode and then
interpreted by a runtime engine.

Therefore, from a memory safety perspective, Java is memory safe because it keeps your system secure from attacks and bugs.

So when it comes to the security of a corporate website, any enterprise, be it a beginner or an established firm, no one wants to risk it.

Here we give preference to java.

PHP parses the file and outputs the stream for each call. There is no compilation process in PHP. However, in the CGI model, the compilation does not make any sense.

While Java was previously described as slow, the JVM is heavily optimized for speed: just in time-compilation. Java compiled JSP files and JITs hotspots
axiomatically.

In the other words: PHP is an open-source server-side scripting tool widely used for developing responsive portals, whereas Java is a client-side programming language that is mostly accessed for building.

From a design and architecture perspective, Java is a compiled language and is faster than PHP.

Nevertheless, when we put the two languages into practice, PHP is faster than Java on the web. PHP is designed for the web and is the most advanced, mainstream and server-side content.

And here PHP is ahead of JAVA because PHP frameworks are designed for the corporate network.

Which one is better for your Web App?

Both of them are pretty old languages, but Java is a bit ahead of PHP when providing debugging tools and a richer set of API.

For the Tech Entrepreneurs

As an entrepreneur, you need a language in which you can develop simple and not expensive tools well. After a properly designed product, you will
scale easily.

A real example is the tech giant Facebook, which was created using PHP and it is still relying on PHP and scaling very well.

On the other side, Twitter used Scala(better than Java), and Ruby. But, everyone knows that Twitter could not scale because it has over the capacity pages.

For a non-technical founder is important to look at the following aspect
while choosing between Java and PHP.

In short, the choice between Java and PHP depends entirely on the requirements of your project. Both Java and PHP are used for custom software development, including web development and web application
development. But very few startups choose to rely on Java.