Why is JAVA more Popular? 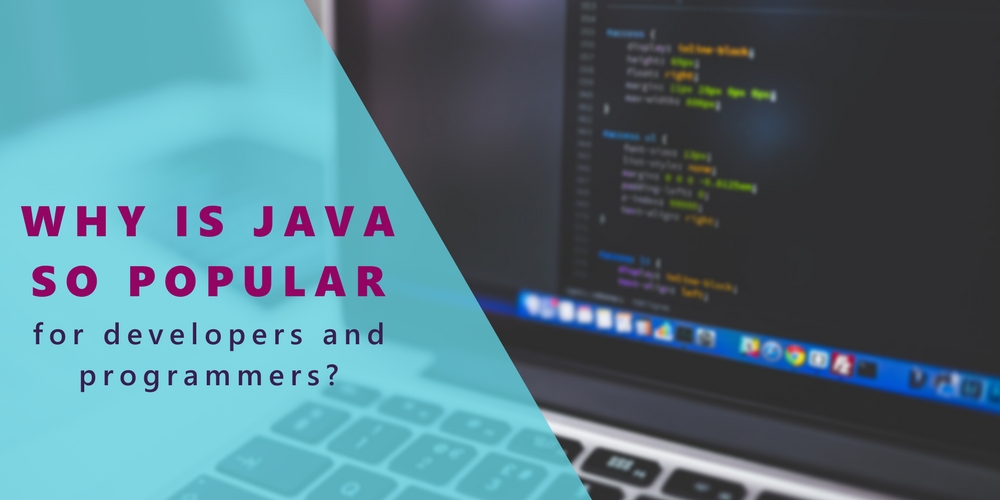 Why is Java so popular?

One of the biggest reasons why Java is so popular is the platform independence. Programs can run on several different types of computer; as long as the computer has a Java Runtime Environment (JRE) installed, a Java program can run on it.

Most types of computers will be compatible with a JRE including PCs running on Windows, Macintosh computers, Unix or Linux computers, and large mainframe computers, as well as mobile phones.

Since it has been around for so long, some of the biggest organisations in the world are built using the language. Many banks, retailers, insurance companies, utilities, and manufacturers all use Java.

Steve Zara, a programmer for more than 40 years, describes how there is no sign of Java declining in use. Instead, it is an evolving language which almost uniquely combines stability with innovation.

Highlighting the longevity of the language, Zara states that the code you may have written 15 years ago will run on the most up-to-date JVMs and gain the speed advantage of the latest profiling, native code translating, and memory management.

Java is fundamentally object-oriented. The code is so robust because Java objects contain no references to data external to themselves.

The language is considered to be very simple; however, it comes with a library of classes that offer commonly used utility functions that most Java programs can’t work without.

The language consists of 50 keywords, but the Java API has thousands of classes with tens of thousands of methods you can use in your programs.

Despite this, developers aren’t expected to learn all of the Java API, and the majority of them are only experienced and fluent with a small portion of it.

Is Java worth learning?

Since the language has an English-like syntax with minimum special characters, Java could be learned in a short time span and used to build suitable applications.

Java is part of a family of languages that are heavily influenced by C++ (as well as C#), therefore learning Java offers vast benefits when learning these other two languages.

Swarnim Srivastava, a Java Enthusiast, agrees that the language is worth learning. He explains the critical areas in which it is used:

Although there are other ways to make Android apps, most of the applications are written in Java using Google’s Android API. Although Android uses difference JVM and packaging methods, the code is still predominantly Java.

Many government, healthcare, insurance, education, and defence departments have their web applications built in Java. A significant example of this is Google’s Gmail.

Many useful software and development tools are written and developed in Java, e.g. Eclipse, IntelliJ IDEA and NetBeans IDE.

Nowadays, Java is often the default choice for scientific applications, including natural language processing. The main reason for this is because it is safe, portable, maintainable and comes with better high-level concurrency tools than C++ or any other language.

Depending on your career prospects, Java can take you on different career paths. Whether you’re interested in building games, mobile applications, desktop applications, or web applications, Java is capable of working in these environments.

Regardless of whether or not you use Java in your career or job role, you’ll learn syntax, ideas, patterns, tools, styles, and idiosyncrasies that are readily transferable to other programming languages as well.

Learning Java will give you the opportunity to see how one language does something in comparison to another. Additionally, knowing what works for Java and other languages will make you an even better well-rounded developer.

So Why is Java Popular?

Java has an English-like syntax, which makes it the perfect language for beginners who can learn Java in two phases – begin with Core Java and then progress to Advanced Java. So, Java has a simple learning curve. And if you possess the foundational knowledge of C and C++, it won’t take long for you to master Java.

For long, Java has been the staple programming language for developing Web apps, Android apps, and software tools like Eclipse, IntelliJ IDEA, NetBeans IDE, etc. Today, Java’s use cases have expanded to Data Science applications, Machine Learning applications, and even IoT. Developers and programmers prefer Java for designing all such applications because Java has a suite of high-level concurrency tools and packages that make it possible to create highly scalable solutions. Also, Java is multi-platform compatible.

Although Java contains around fifty keywords, its Application Programming Interface (API) is both extensive and rich – it is replete with numerous methods that you can directly use in any code. Java API comprises methods that can cater to every purpose, including networking, connecting to databases, parsing XML, handling input-output, and so on. Furthermore, Java has plenty of open-source libraries such as Google Guava, Apache Xerxes, Apache POI, Apache Commons, OpenCV, Gson, ETC.

One of the biggest reasons for Java’s popularity is its strong and active community support. It boasts of being the second-largest among the Stack Overflow community. So, rest assured, you can rely on the Java community to help you out if you ever get stuck in a programming rut.

Java is an open-source programming language, which means it is absolutely free. Another excellent quality of the language is that Java is well-documented. It has a detailed guide that will clarify the problems that you may face while coding in Java.

6. Java has a suite of powerful development tools

One of Java’s most interesting aspects is its Integrated Development Environment (IDE). Java’s IDE is an extensive suite of various automation tools, editors, and debuggers. NetBeans, Eclipse, and IntelliJ IDEA are the three most popular Java IDEs. As for tools, Java has Maven and ANT for developing Java applications, Jenkins for Continuous Integration and delivery, and JConsole and Visual VM for monitoring Heap usage.